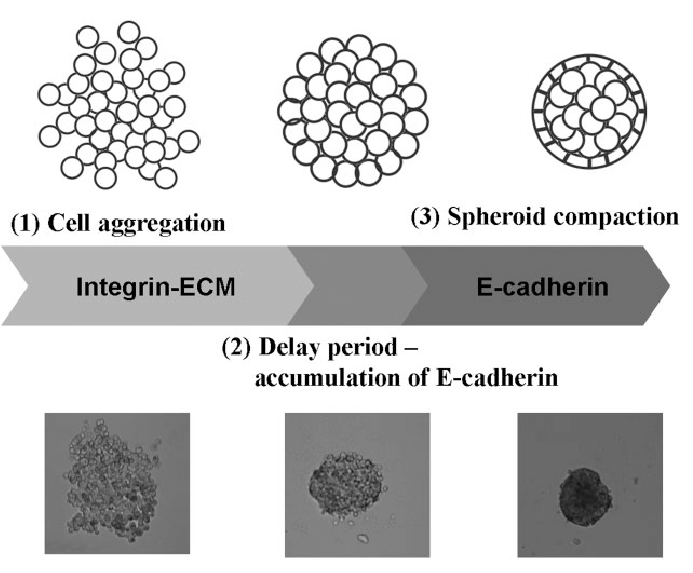 Spheroids, which are self, assembled cellular aggregates, as a representative 3D model of solid tumors is largely dependent on the uniformity of its size and shape. Uniform spheroids yield reproducible results in drug screens as well as obtaining meaningful findings in tumor pathophysiological research. Additionally uniform spheroids, aids in quantification of treatment options, and estimate the effect of treatment uncertainty on the results.

There have been several methods developed to ensure formation of MCTs. One of which includes the addition of a reconstituted basement membrane in the culture media to facilitate uniform morphology (7-9). These additives include Matrigel, rBM, Geltrex® and collagen. To this effect, Matrigel promoted the formation of uniform and compact spheroids of breast cancer cell line MDA-MB-231 which typically contain low levels of E-cadherin necessary for cell-cell tight junctions. Other breast cancer cell lines cultured in the presence of 2.5% rBM also indicated compact spheroids of uniform size and shape (3).

Another method proposed to encourage the formation of uniform spheroids is micrfabrication of microwells. The microwells are fabricated using 3D printing technology and soft lithography. This is a fairly easy method, offering simple control of well size and compatible with most methods of culturing. Synthetic polymers such as PMMA, polystyrene, PDMS, and PEGDMA are employed are fabrication. Other natural polymers such as collagen, gelatin and agarose are also used. The microwell dimensions spatially confine the cells, leading to formation of spheroids of controlled size and shape (6,10).