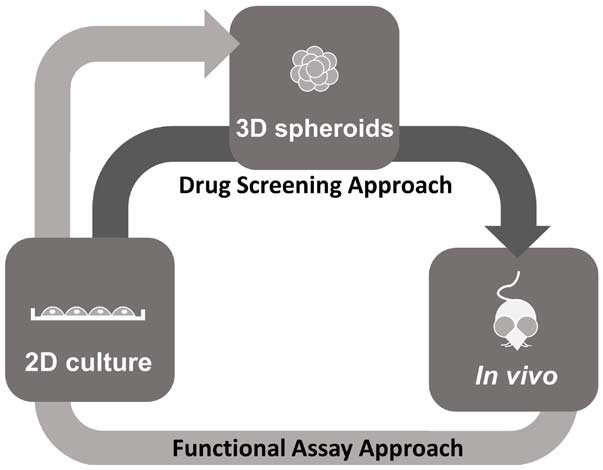 Modern drug discovery processes has encountered significant setbacks in the past decades despite the technological advances made in analytical tools and research model development. This is primarily because of the use of inadequate biological models that do not mimic in- vivio physiology during pre clinical trials as well as the use of 2D monolayer cultures of immortalised cell lines that poorly reflect the complex 3D architecture of cells (1,2). Such limitations has led to the on going development of cellular models to better mimic human physiology and diseases that yield biologically relevant date that is useful in drug screens.

To this end, the modern 3D culturing techniques include multicellular spheroids, organotypic cultures, organoids, organ on a chip, and 3D bio printed tissues (3). Although these techniques have improved the quality of in vitro cultures, only few of these techniques are adaptable for drug discovery processes. High throughput screening involves monitoring of thousands of chemical and biological molecules in highly standardized assays. The more complex a 3D culture technique becomes the more difficult it is to be implemented in the high throughput/content assay with high standardisation conditions (3).

Spheroid based in vitro cultures and techniques

Spheroid technology has now become the compromise as spheroid cultures can be easily standardised and adapted in to existing assays while providing cell cultures with in-vivo like 3D tissue organization of enough complexity (4). Certain human spheroid or tumor models, are able to recapitulate tissue microenvironment complete with biological gradients, cell stratifications and functional differentiation (5). With more and more advances being made in to simplifying spheroid technology, it is well on its way to replacing 2D cultures as the preferred option for drug screening processes.

Consumables to address the growing demand for standardised spheroid assays

Many companies have developed a wide range of lab consumables to help standardise multiplex spheroid assays. These include hanging drop plates, and ultra-low attachment plates (ULA) and micro/nanostructured plates and inserts. Of all, ULA plates has proven the most effective in terms of usability, and adaptability to majority of the classic screening processes. ULA plates forms highly uniform spheroids that compatible with high throughput analysis suing bright field and fluorescence microscopy. They are also compatible with real time monitoring of cellular drug response. However ULA consumables are fairly expensive, and their use can be replicated with simpler approaches such as low adhesion plates (6). 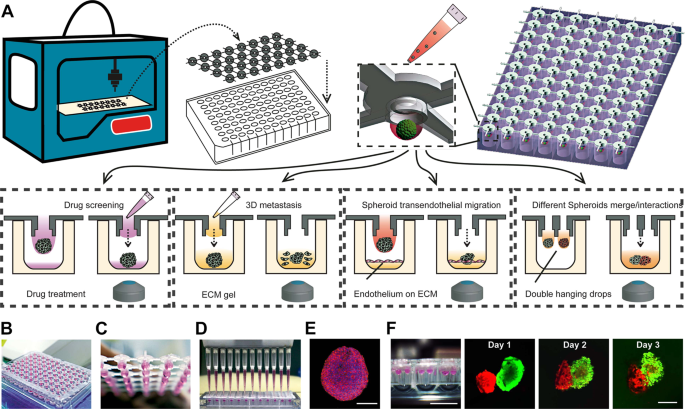 Additionally the hepatocyte spheroids demonstrated an in vivo-like robust basal enzyme activity, independent of the culture surface, indicative of its functional compatibility. The excellent cell repellant nature of BIOFLOAT™’ coated plates promotes the formation of rapid, round spheroids with consistent morphology and function. The coated plates are scratch resistant, allowing for easy handling thus proving to be an excellent modifiable platform to assess hepatotoxicity in high throughput drug response screens (8).

Additionally spheroids can also be cultured in non treated well plates coated with special coating such as BIOFLOAT™ Flex coating solution. BIOFLOATTM Flex, is a polymeric coating solution that rapidly binds to plastic and glass surfaces, generating surfaces with protein and cell repellant properties. The high anti-adhesive properties of the solution, causes the cell surfaces to become “invisible” to the cell, favoring the growth of cell-cell interactions that is vital for normal cell structure and function.

BIOFLOAT™ Flex coated consumables when compared with benchmark plates, allow the formation of one round cell spheroids per well, which is an important criterion for generating a reproducible, reliable cell and high-throughput analysis, as such analysis require an even distribution of one (symmetrical) spheroid per well for the specific readout by automated systems. BIOFLOATTM flex and is an ideal low cost solution for 3D cell culture. The robust nature of the binding makes it applicable for microfluidic devices or flow cells. Collectively BIOFLOATTM flex solution is an effective and reliable tool that can be employed in high throughput pharmacological assays (7).