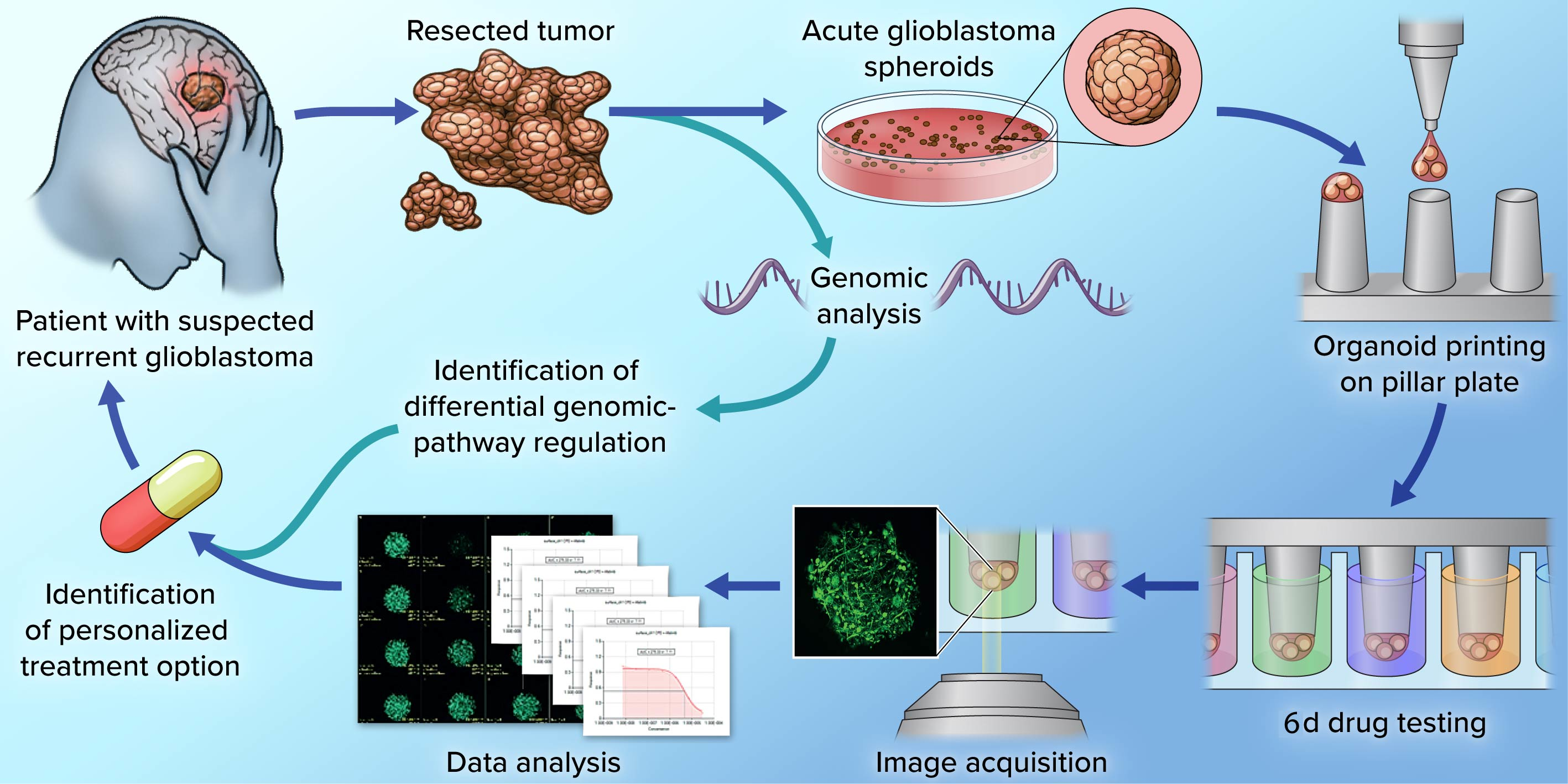 They tracked tumor growth with fluorescent reports and showed that these tumors recapitulate key features of patient tumors including aggressive invasion when transplanted into mice brains. Ogawa et.al also co-cultured brain organoid derived tumors with mature organoids and observed invasion that correlated with the degree of lethality in mice (1).

GBOs (Glioblastoma organoid model) and neoCORs(Genetically modified cerebral organoids) are both referred to as organoids.A key difference between these models is that GBOs are almost entirely composed of tumor cells and is therefore considered as tumoriods whereas neoCORs are tumors formed within cerebral organoids derived from iPSCs that resembles a normal developing human brain.

The neoCOR model is the organoid equivalent of genetically manipulated in vivo model and share the same unique strength: the ability to study early stages of tumorigenesis. neoCOR contain both healthy and tumor tissues providing the opportunity to study tumor-brain interactions. Although, neoCORs exhibit key GMB (Glioblastoma) features, it remains to be seen how well brain organoids-derived tumors recapitulate the heterogeneity of in situ GBM. The use of neoCORs is limited to only defined mutations or known oncogenes, although it may be possible to expand the scope of CRISPR- mediated mutations to identify novel mutations which results in tumorigenesis (2).