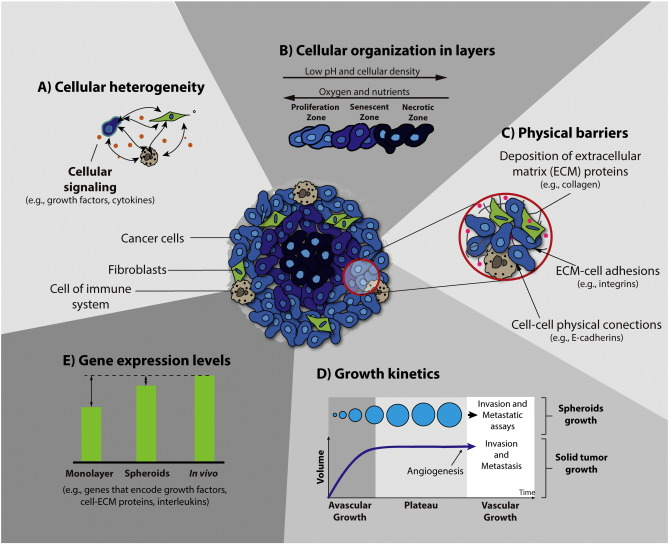 Together with surgery and radiotherapy treatments, chemotherapy prolongs survival of the patients with solid tumours. However, this may not be a cure due to tumour drug resistance mechanisms. Resistance to drug penetration is a critical parameter not reproduced in monolayer cultures of cancer cells, which also lacks heterogeneity.

Thus, cancer spheroids represent a better model for drug resistance compared to monolayers, where the correlation between the cell death in spheroids by free and micellar doxorubicin and its therapeutic efficacy on xenografts have been reported.

The use of spheroid cancer model to study activity if drug combinations with different doxorubicin forms as well as administration schedules was studied to test the ability to promote agents’ delivery in cancer cell spheroids. Evidence suggests that drug combination protocols give better results in spheroids and tumour xenografts and in patients.

The degree of cell death is correlated with the clinical outcome, the assessment of the toxicity in the challenging spheroid model is of therapeutic relevance. As cells within the spheroid core are exposed to suboptimal drug concentrations, high concentrations or drug combinations are needed to harness agents’ efficiency. To conclude, studies suggests that spheroids can be used to adequately assess drug combinations.