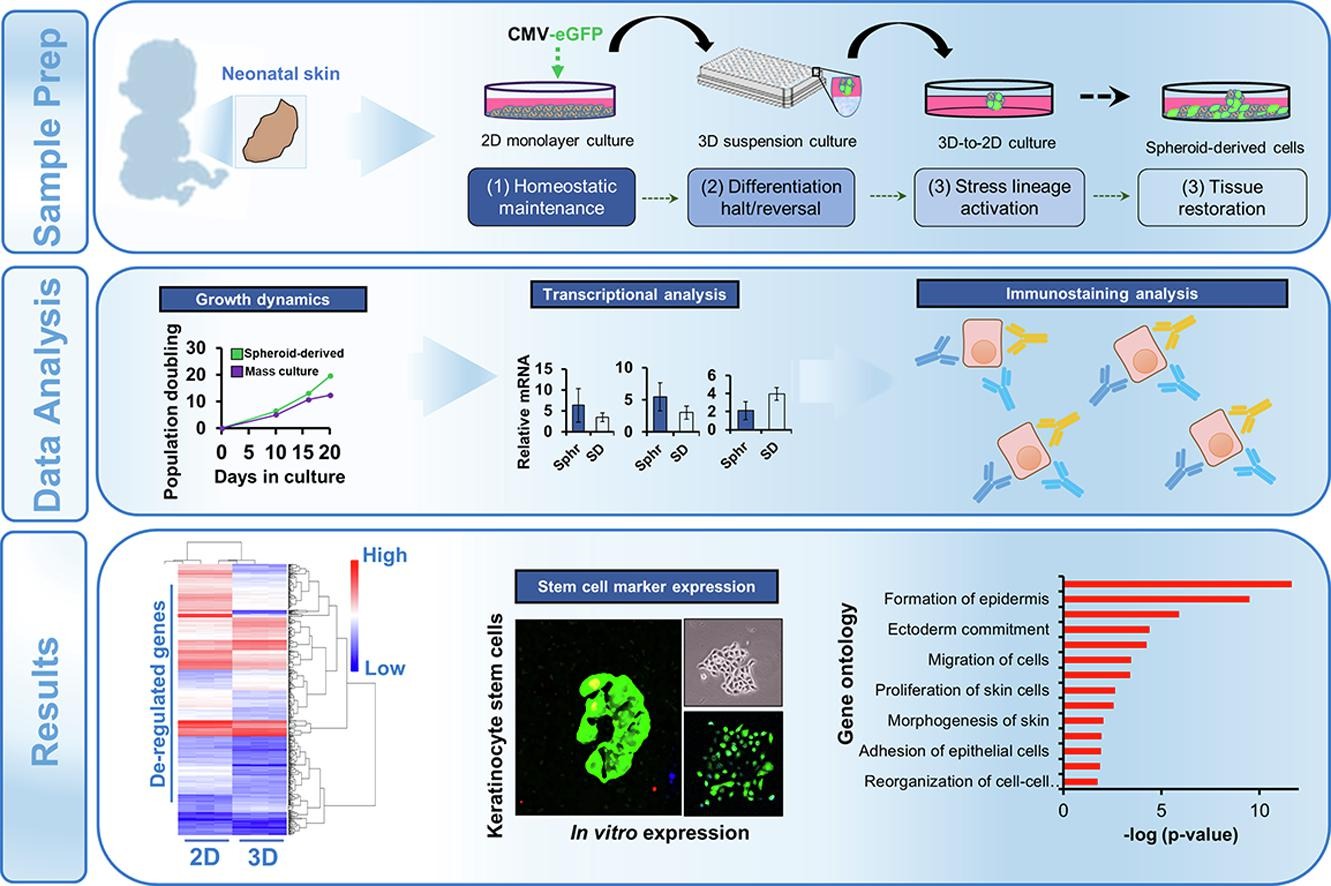 Cultured cells can be seeded in 96 well round bottom plates coated with polymerized mixtures. BIOFLOAT 96 WELL PLATES, can be used. They have shown to deliver promising results to form spheroids. Cells should be maintained in suspension for 24-96 hours until they self-aggregate into spheroids. Multicellular epidermal spheroids can be plated into 2d monolayer culture and left to proliferate after 48 hours of spheroid formations. Proliferating cells can be trypsinized and tested again for spheroid formation and replate the newly formed spheroids into 2D monolayer culture to produce secondary cultures. (1)

2D monolayer cultures can be transfected with plasmid vector carrying the enhanced green florescent protein gene. Cells should be trypsinized and seeded as 3D spheroid suspension cultures. After 24 hours of GFP expression, spheroids cane be plated into monolayer 2d cell cultures. Cells can be tracked with the fluorescent microscopy to trace the cell lineage.

In case of immunohistochemistry, cell have to be grown on the coverslips coated with poly-lysine until they show up to 75% confluency. The cells should then be washed twice with Phosphate Buffer saline and fixed with 4% paraformaldehyde for 20 minutes followed by permeabilization with 0.5% triton and the blocking using BSA and serum followed by overnight incubation. A conjugated secondary antibody can also be added before the cells are mounted and can be observed under the confocal microscope. (1)